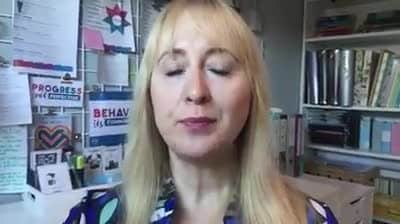 "I felt like I lost the baby boy that I was so connected to."

I'm Karla from the Netherlands. I'm a single mom by choice of two boys. (4, 7) The first two years I felt such a strong connection with my baby boy. But things changed when he turned two. He had so many tantrums and I was exhausted. I felt like I lost the baby boy that I was so connected to. He was diagnosed with ADHD and was having violent meltdowns at home and school. He had to go to special education in January but the meltdowns didn’t stop unfortunately,

Traditional parenting hadn’t worked. I tried so many solutions but they weren't making things better and I was not the mom I wanted to be. There was too much exhaustion, too much yelling. Then Covid happened and I was really worried how I was going to deal with everything but fortunately, I found CTC.

I experienced a great change. The first change was my mindset. I was so focused on the bad behavior that I didn't see what a great kid he was. Now, I focus more on the wins. I focus more on understanding him and that really changed our relationship. There are lots more cuddles and kisses. The relationship with his brother has gotten better too. There's more affection towards his brother, more understanding,

We're not there yet. There are still meltdowns and there’s still the situation with school to deal with. CTC has been an anchor that I could hold on to; that I could come back to. And on my hard days, there's the community I can lean into. It has made me feel less alone in the struggle. I'm very grateful for Dayna and all the other team members and all the other amazing parents in the CTC group for their support. I'm looking forward to the next 90 days and picking my new focus.